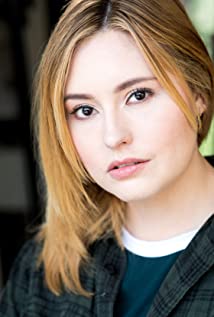 At just 26 years of age, Miss Clare could be considered a show biz veteran. Starting in commercials at the tender age of 7, Jillian has been fortunate to appear on both the big and small screen in numerous projects including her double award winning portrayal of pre-teen 'Abby Deveraux' on NBC's Days of Our Lives and guest appearances on ABC's Castle and Suburgatory, plus Victorious on Nickelodeon.As a young actress she appeared in the original Spiderman starring Tobey Maguire and Catch Me If You Can. Recent films include starring roles in The Kitchen, alongside Bryan Greenberg and Laura Prepon, and Alien Abduction by famed producers Lawrence Bender and Mike Fleiss for IFC. In April 2016, Jillian was cast as one of the leads in Ladies of the Lake, an adaptation of the novel scribed by longtime Days of Our Lives executive Ken Corday, which airs on Amazon. She reprised her role as Cassidy Montgomery for Season Two of Ladies of the Lake which recently released.In early 2010, at just 17 years old, Miss Clare joined the ranks of New Media and began producing and starring in the multi-award winning teen series Miss Behave, a role that won her "Best Lead Actress in a Drama" at the 2011 International Television Festival and Indie Series Award nominations for Best Lead Actress three years in a row. Jillian was nominated for Best Lead Actress in a Comedy at the 2015 Indie Series Awards for her role in the zombie comedy Acting Dead, also airing on Amazon.Her directorial debut, To The Beat!, completed filming in early 2017 and was released to rave reviews earlier in March 2018. It's now available on Netflix. She top lines the feature Pretty Broken, and produced the coming-of-age indie dramedy which will be released theatrically and on VOD March 1, 2019.

Catch Me If You Can

Days of Our Lives