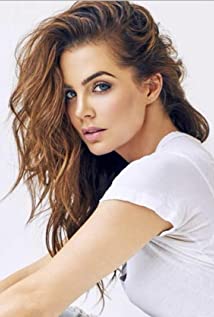 Jillian Leigh Murray is an American actress. She was born in Reading, Pennsylvania. She is known for her roles on as Portlyn on Disney's Sonny with a Chance (2009) alongside Demi Lovato and Olivia on MTV's Awkward. (2011). She landed the attention of Sony when she booked the female lead in the sequel Never Back Down 2: The Beatdown (2011) and the lead in Wild Things: Foursome (2010). Her appearance in numerous independent films gained her worldwide exposure working alongside Kelsey Grammer, Dennis Hopper, Jon Voight, Lara Flynn Boyle, and Taye Diggs. She became a fan favorite in the horror genre after playing the lead in Cabin Fever 3: Patient Zero (2014). She was also introduced at Comic Con in front of millions as the new face and body for Dr. Liara T'Soni for the Mass Effect video game series. In 2015 she landed the series regular role of Dr. Heather Pinkney in the first two seasons of the CBS medical drama Code Black (2015) alongside Rob Lowe and Marcia Gay Harden .

You Can't Have It