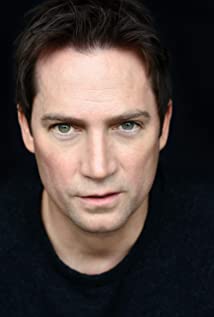 Jim was born in Halifax, Nova Scotia and raised in Calgary, Alberta. With his quiet demeanor, strong work ethic and exemplary talent this actor has proven to be a longstanding player in the entertainment industry, with a multidimensional career spanning over a decade. Growing up close to the Rocky Mountains, Jim trained to be an elite ski racer, competing at an international level until his early twenties. After retiring from ski racing Jim got a job working in the art and set decoration department on the massively successful Fox series "The X-Files". It was here he met Chris Carter and David Nutter who gave Jim his very first acting role on the groundbreaking Fox pilot Millennium (1996). Since then Jim has amassed an impressive resume, recurring for two seasons on Showcase's hit series Paradise Falls (2001), on the first season of the award-winning Showcase series Blackstone (2009), and in a recurring guest star role on SyFy's hit thriller Helix (2014) as Caleb. Jim has guest starred on multiple shows including, FOX's Fringe (2008), The CW's Smallville (2001), USA's Psych (2006), CTV's Degrassi: The Next Generation (2001), CTV's Motive (2013), and CBC's Republic of Doyle (2010). SyFy also took note of his talents, casting him in Continuum (2012) and Merlin and the Book of Beasts (2010). His film credits include the feature film The Deal (2005) with Christian Slater and Selma Blair, the Ole Bordenal thriller The Possession (2012) with Jeffrey Dean Morgan and Kyra Sedgwick, and a lead role in The Tree That Saved Christmas (2014) with Lacey Chabert.

Woman on the Run

The Color of Rain