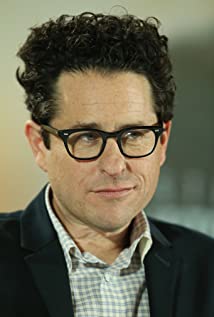 Jeffrey Jacob Abrams was born in New York City and raised in Los Angeles, the son of TV producer parents. Abrams planned on going to dental school, but decided to study film at Sarah Lawrence College. At 15, he wrote the music for Don Dohler's Nightbeast (1982). In his senior year, he and Jill Mazursky teamed up to write a feature film, which became Taking Care of Business (1990). He went on to write and produce Regarding Henry (1991) and Forever Young (1992). He also co-wrote Gone Fishin' (1997) with Mazursky. Along with other Sarah Lawrence alumni, he experimented with computer animation and was contracted to develop pre-production animation for Shrek (2001).Abrams worked on the screenplay for Armageddon (1998) and co-created (as well as composing the opening theme of) Felicity (1998), which ran for four seasons. He founded the production company Bad Robot in 2001 with Bryan Burk. He created and executive-produced Alias (2001) and Lost (2004), composing the theme music for both, and co-writing episodes of "Lost". He also co-wrote and produced thriller Joy Ride (2001). He made his feature directing debut with Mission: Impossible III (2006), reinvigorating the series. He produced the hit mystery film Cloverfield (2008) and co-created Fringe (2008).He directed the Star Trek (2009) reboot, proving successful with fans and newcomers to the franchise. He next directed Super 8 (2011), co-produced by Steven Spielberg and produced Mission: Impossible - Ghost Protocol (2011). He returned to direct the follow-up to his reboot, Star Trek Into Darkness (2013). Disney and Lucasfilm announced J.J. as their choice for director of the first episode in the new 'Star Wars' trilogy, Star Wars: Episode VII - The Force Awakens (2015). He initially resisted, as he didn't want to travel away from his family to London, but Kathleen Kennedy convinced him that his voice would be the best to reinvigorate this franchise, as he had done with two others before. He also produced Mission: Impossible - Rogue Nation (2015) and Star Trek Beyond (2016), and executive-produced Star Wars: Episode VIII - The Last Jedi (2017). When it was announced that Colin Trevorrow would no longer direct Star Wars: Episode IX - The Rise of Skywalker (2019), it was announced that J.J. would return to complete the trilogy he started.