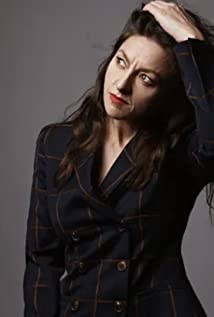 Jo Hartley was born in Oldham, Lancashire. Attended North Chadderton Comprehensive School. At the age of 11 years old, performed in 'The Sound Of Music' as Gretel. Jo got her first taste for acting.Later, she went on to join Oldham Theatre Workshop where she stayed for several years. At the age of 17, Jo's father died, she decided to travel and put her acting on hold.After five years of working and living in Japan, she made a decision to come home and revisit her acting aspirations. Jo joined Questors Theatre Group in Ealing, London and engaged in one on one tuition with various different acting tutors based in London and ManchesterIn 2002 at a commercial casting, Jo met Award Winning British film director Shane Meadows. After working together on this project, Shane invited her to audition for 'Dead Man's Shoes' starring Paddy Considine.Dead Mans Shoes was Jo's first feature film and she has been acting professionally since.

David Brent: Life on the Road

When the Lights Went Out