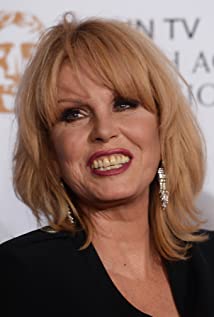 Joanna Lumley was born on 1 May, 1946 in Kashmir, India, to British parents, Thya Beatrice Rose (Weir) and James Rutherford Lumley. Her father was a major in the Gurkha Rifles, and she spent most of her early childhood in the Far East where her father was posted.An aspiring actress, she first came to fame as a model in London's swinging 1960s, where she was photographed by the greats, including her friend, the late Patrick Lichfield. She was designer Jean Muir's muse and house model for several years before carving a career as a freelance model where she became one of the top ten most-booked models of the 1960s.Lumley's breakthrough role was as Purdey in The New Avengers (1976), a role for which over 800 girls auditioned. Purdey propelled Lumley to instant fame and created one of the "must-have" hairstyles of the 1970s -- the Purdey bob. Lumley became a pin-up figure for a generation of British males who grew up watching her as the high-kicking action girl.Other roles followed, most notably as Sapphire in Sapphire & Steel (1979) opposite David McCallum -- a sci-fi precursor to The X-Files (1993) and an under-rated gem of a series which has gained a cult following in recent years, despite the fact it has only ever been shown ONCE on terrestrial TV. During the 1980s, Lumley returned to the theater, making notable appearances as "Hedda Gabler" and as "Elvira" in "Blithe Spirit" -- a role that seems tailor-made for her. Lumley also made appearances in several films, including Trail of the Pink Panther (1982), Curse of the Pink Panther (1983), and a screen-stealing role in Shirley Valentine (1989).It was her reinvention as a comic actress in Absolutely Fabulous (1992) that shot Lumley to wider international acclaim. Her role as Patsy in Absolutely Fabulous (1992) is regarded as one of the greatest female comic performances ever, earning Lumley a stream of awards, including several BAFTAs. Since Absolutely Fabulous (1992), Lumley has cemented her role as one of the UK's most-loved & respected actresses. She is rarely off UK TV screens and has also built a successful film career as a character/voice-over actress.She recently teamed up with the writer/director Hugo Blick for the series of acclaimed monologues Up in Town (2002) which were critically regarded as the performance of a lifetime, and the recent Sensitive Skin (2005).In 2007, she returned to the stage for the first time in over a decade in a production of Anton Chekhov's "The Cherry Orchard", directed by Sir Jonathan Miller.

Joanna Lumley: Elvis and Me