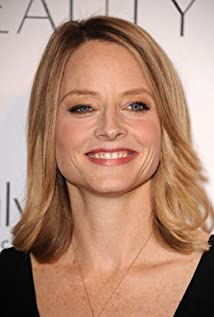 Jodie Foster started her career at the age of two. For four years she made commercials and finally gave her debut as an actress in the TV series Mayberry R.F.D. (1968). In 1975 Jodie was offered the role of prostitute Iris Steensma in the movie Taxi Driver (1976). This role, for which she received an Academy Award nomination in the "Best Supporting Actress" category, marked a breakthrough in her career. In 1980 she graduated as the best of her class from the College Lycée Français and began to study English Literature at Yale University, from where she graduated magna cum laude in 1985. One tragic moment in her life was March 30th, 1981 when John Warnock Hinkley Jr. attempted to assassinate the President of the United States, Ronald Reagan. Hinkley was obsessed with Jodie and the movieTaxi Driver (1976), in which Travis Bickle, played by Robert De Niro, tried to shoot presidential candidate Palantine. Despite the fact that Jodie never took acting lessons, she received two Oscars before she was thirty years of age. She received her first award for her part as Sarah Tobias in The Accused (1988) and the second one for her performance as Clarice Starling in The Silence of the Lambs (1991).