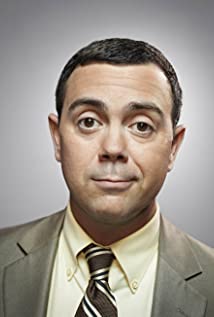 Joe Lo Truglio was born in Ozone Park, Queens and was raised in Margate, Florida. He is the son of Helen (Lynch) and Joseph Lo Truglio, and is of Italian and Irish descent. His childhood revolved around collecting Mad magazines, shooting horror movies on a Super 8, fishing in his backyard canal, and drawing homemade comics. He graduated Coconut Creek High School in 1988, where he was a member of Thespian troupe 2617, and there, along with classmate Russell Scherker, in category Duo Scene at Thespian VII district competition at Santaluces High School, snagged the coveted "Critic's Choice". The scene performed: the screwball, banter-laden opening scene of "Say Goodnight, Gracie".He attended NYU Film school where he met his future colleagues and co-founded the cult sketch group, "The State". Also during this time, he indulged in "Jagger-Induced, Midnight Sidewalk-Stencil Missions". After a short run on MTV, he and his cohorts were pistol-whipped by the realities of network television.After The State's hiatus in 1996, he hunkered down in Hell's Kitchen and immersed himself in commercial, video-game, and TV episodic work. He found a local watering hole, played poker, and trash-talked LA, where, ironically, he would move to 10 years later.Around the millennium, with "Wet Hot American Summer" and "The Station Agent", independent film work came back into the fray. It was all coming full-circle, the only missing element being a Super 8 camera. Now, he balances writing and producing web series and firebranding its originality over mainstream media with bike rides and matinées. He relishes jumping back and forth between studio and indie flicks. Guinness and Jameson is still his favorite buddy-comedy.

Hurricane of Fun: The Making of Wet Hot