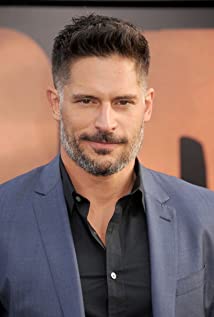 Joe Manganiello is an American actor. He was born in Pittsburgh, Pennsylvania, to Susan (Brachanow) and Charles John Manganiello, and has a younger brother, Nicholas. His father is of Italian descent and his mother has German/Austrian/Croatian and Armenian ancestry. Joe was raised in Mount Lebanon and attended Mount Lebanon high school. During school, he was good at sports and was captain of the football, basketball and volleyball teams. He went on to play varsity level in all three. It was during school that he enjoyed making films with his friends and, as a result, became interested in acting. He went on to study acting at Carnegie Mellon, after which he moved to Los Angeles. He landed a great first job as 'Flash Thompson' in Spider-Man (2002).

The Spine of Night

Bottom of the 9th