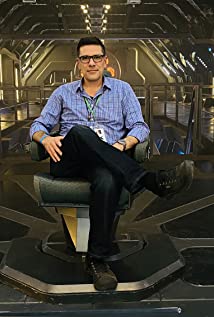 Joe Menendez is a multi-genre veteran of drama, action, horror, Sci-Fi, comedy, family and rom-com. His numerous and varied credits show that he is a skilled craftsman and an accomplished, versatile storyteller in both TV and Film.Menendez is the Co-Executive Producer/Director of the CW's Warner Brothers/Berlanti re-imagining of the one hour drama "Kung Fu". This marks the third time Menendez has served as the Producing Director, having also done so on Freeform's Siren (2018), and Disney's Imagination Movers (2008), where he directed multiples for all.He has also directed episodes of 12 Monkeys (2015) for SyFy, Queen of the South (2016) for USA Network, From Dusk Till Dawn: The Series (2000) for Robert Rodriguez's El Rey Network, and the anthology series 12 Deadly Days (2016) which was produced by Blumhouse for YouTube Red, and episodes for the Amazon series Just Add Magic (2015), and the Hulu series East Los High (2013).Menendez directed the family adventure Legends of the Hidden Temple (2016) for Nickelodeon. The movie is based on the popular 90s game show of the same name, which premiered November 26th, 2016, and the thriller Nightclub Secrets for Lifetime.He has directed three Spanish-language features, the first coming in 2007, when Menendez directed (and edited) Ladrón que roba a ladrón (2007) (To Rob A Thief) for Lionsgate Films, which opened on 340 screens nationwide on August 31, 2007 and went on to boast a record-grossing opening weekend for a Spanish-language film in the U.S. In 2015, he directed the sequel to Ladrón with the action-comedy feature Ladrones (2015), for Pantelion Films, which received a CinemaScore of "A". His third Spanish-language feature was the romantic-comedy Quiero ser fiel (2014). The film premiered in Latin America in 2014, remaining in the top ten of Mexico's box office for two weeks. In 2016, the film made it's U.S. debut.Menendez was also a Co-Producer on another Pantelion feature Aztec Warrior (2016).In 2011, Menendez directed 3 Holiday Tails (2011) for MarVista Entertainment. The film premiered under its TV and DVD title, "A Golden Christmas 2: The Second Tail" on ION Television in December 2011.Hunting of Man (2003) , which he edited, wrote and directed in 2002, won best picture at the 2003 New York Latino International Film Festival and the coveted Festival Director Award For Excellence at the 2003 Method Fest where Menendez was also nominated for Best Director.Menendez has directed multiple episodes for several Nickelodeon and Disney series. Shows including: Kirby Buckets (2014), 100 Things to Do Before High School (2014), Zeke and Luther (2009) for Disney XD including the June 15th, 2009 World Premiere "Bros Go Pro" which scored record ratings, coming in at #1 for the night, Big Time Rush (2009) True Jackson, VP (2008), Just Jordan (2007), Unfabulous (2004), Ned's Declassified School Survival Guide (2004),Taina (2001) and The Brothers Garcia (2000) for which he won an Alma Award for Outstanding Directing In A Comedy in 2001.Menendez has now added author to his long list of credits, having published his debut novel, the science fiction thriller, "Mindshot" in 2013. The book is available in print and eBook everywhere.Born in New York City, at the raw age of 7, Menendez commandeered his grandmother's Super 8 movie camera and began directing, shooting and editing movies starring his little brother, cousins and friends. He moved to L.A. in 1992, and since then, he's never stopped working as either a writer or a director or a producer. Or all the above.Joe Menendez resides in Los Angeles with his wife and daughter.

Legends of the Hidden Temple

100 Things to Do Before High School