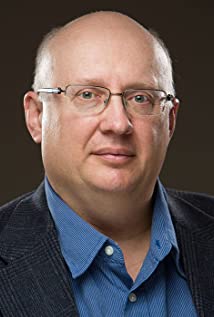 Connecticut native Joe Ochman has acted professionally in films, television, stage, commercials, video games, animation, anime and recorded books for... gulp... forty years. For a TV-addicted, movie-cartoon-avid-reading-comic-book-sci-fi freak, it's been the perfect way to make a living. Joe's voice has been heard in diverse roles all over the anime universe, in shows like Naruto, Marvel's Blade, Transformers: Robots in Disguise, all 3 Godzilla movies, Digimon, Gundam Origins, JoJos Bizarre Adventure, Hunter x Hunter, Revisions, Twin Star Exorcists, Little Witch Academia, Duel Masters, Wolf's Rain, Cowboy Bebop, Mon Colle Knights, Shinzo, and many, many more. In animated TV, Joe recurs as Mayor Bourgeois (Chloe's father) on Miraculous: Tales of Ladybug and Cat Noir, and as Mayor Billington on Disney Junior's Doc McStuffins. Joe is the current voice of Jiminy Cricket for Disney. In the gaming world, Joe most recently had the honor of voicing Jiminy in Kingdom Hearts III. He also worked on World of Warcraft: Battle For Azeroth. He voiced (another!) Chloe's father, William Price in Life Is Strange, and voiced (and motion-captured) Professor Harold MacDougall in Red Dead Redemption and its Undead Nightmare DLC. He also voiced roles in Fallout 4, Dishonored 2, Final Fantasy XV, World of Final Fantasy, Kingdom Hearts HD 2.5 Remix, Call of Duty: Advanced Warfare, The Evil Within, Murdered: Soul Sacrifice, Dragon's Dogma, Diablo III, Command & Conquer 4 and many more. On camera on TV, he guest starred on Disney Channel's Best Friends Whenever, Bones on Fox, Showtime's House of Lies and Weeds, and Criminal Minds: Suspect Behavior for CBS. Joe recurred as a guest star on CSI and Sleeper Cell. He has shown up on Buffy the Vampire Slayer, Lois & Clark, Seinfeld, Will & Grace, House, West Wing, NYPD Blue, Desperate Housewives, That's My Bush and many others. In film, he has worked on Blumhouse's Truth Or Dare and The Purge:Anarchy, Never Been Kissed, Space Jam, Officer Down and a bunch of indie films: Saving Lincoln, House of the Rising Sun, Black And Blue, Dead Game and Donald And Dot Clock Found Dead In Their Home, among others. In animated film, he appeared in the Oscar-nominated Ernest & Celestine, the National Film Award winning Delhi Safari and the Annie and Cesar Award winning Zarafa. Historically speaking, he played a very stoned ghost of Benjamin Franklin in How High (a role he also played - straight and alive - in The Franklin Spirit, a multi media presentation in the US Pavilion at the 2005 World Expo in Aichi, Japan...and on the Today Show!). History and non-fiction feature prominently in Joe's audiobook work, including such titles as She Has Her Mother's Laugh, Chasing Phil, Countdown to Zero Day, Antifragile, Law of the Jungle, Island of Vice, The Revolution Was Televised, Would You Baptize An Extraterrestrial? and Are You Smart Enough to Work at Google? - plus fiction like Justin Cronin's The Summer Guest. The stage has always been Joe's first love, though, and he has fulfilled that romance in dozens of plays. He also writes for film and TV, coaches acting - on camera and voice - to an eclectic celebrity clientele (including Guardians Of The Galaxy's Dave Bautista and rock legend Alan Parsons), and is an award winning stage director.

Chickenhare and the Hamster of Darkness