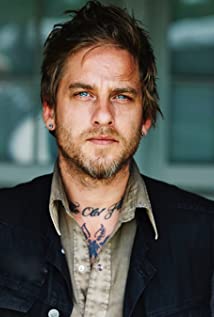 Joel Thomas Hynes is a multi-disciplinary artist (screenwriter, novelist, actor, filmmaker and musician), from Newfoundland, Canada. He is the creator, lead actor and an executive producer on the critically acclaimed CBC comedy series Little Dog. Hynes is the author of numerous novels, stage-plays and works of non-fiction. His most recent novel "We'll All Be Burnt in Our Beds Some Night", won the Governor General's Award for Fiction, The BMO Winterset Award, the NLB Award for Fiction, and long-listed for the ScotiaBank Giller Prize. Joel Thomas Hynes has been working creatively in the film and television industry since his early twenties and is known for both comedy and drama, usually playing darker, bad boy roles - social misfits, outcasts, criminals, rock-and-rollers and all round irreverent characters. He has written and directed two award-winning short films and recently won the Michael Weir Award for Best Atlantic Screenwriter for the acclaimed feature Cast No Shadow, in which he also plays a leading role. Cast No Shadow, adapted from Hynes's book Say Nothing Saw Wood, was nominated for four Canadian Screen Awards including Best Adapted ScreenPlay and Best Feature Film. Hynes's first novel Down to the Dirt was also adapted to the big screen with Hynes playing the lead role. Down to the Dirt premiered at the Toronto International Film Festival, won numerous festival awards across the country and screened at Canne's Film Festival as a part of its "Canadian Perspectives Showcase". His TV credits include guest spots and recurring roles on Mary Kills People, Rookie Blue, Orphan Black, Book of Negros, ReGenesis, Eye Witness, Republic of Doyle, Frontier and Little Dog. Also a singer-songwriter, Hynes recently released his first full-length studio album Dead Man's Melody. His music is available across all online platforms including ITunes, Spotify and CDBaby. Hynes is a 2015 alumni of the Canadian Film Centre's Cineplex Screenwriter's Lab in Toronto. He divides his time between Newfoundland and Toronto.