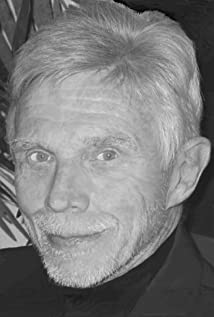 Screen work comprises national distribution and television network movies; a variety of indie features and shorts,including a number of festival favorites; TV episodes(domestic and foreign); and industrials, as well as film school productions. Film/TV production locations have included Ethiopia, New York, Los Angeles, Florida, Georgia, North Carolina and Tennessee.Screen productions have ranged from gripping drama to farcical comedy and sentimental tear-jerkers. A wide variety of character roles has included the loony, pathetic and mean; the wicked, heroic and devious; the victimized, authoritative and outrageous; the sage, destitute and debonair. As one casting director put it: "Jack's acting persona is less vanilla, than chocolate with sprinkles."Several decades of continuous foreign residence in Latin America, France and divers countries throughout Africa facilitated a raft of stage performances in English and Spanish language productions in various countries, including works by Anderson, Anouilh, Axelrod, Chekhov, Gilbert & Sullivan, Lerner & Loewe, Roussin, Shaffer, Wilde, Wilder and Wouk; as well as voice-over recordings for the French Foreign Legion in Djibouti.Sporadic visits to the USA included study in the Performing Arts at the Boston University Theater Institute, as well as a number of stage performances in Florida and Georgia, including works by Albee, Friel, Lerner & Loewe, and Miller. For more than ten years, in various countries and states, in a wide variety of venues, Jack staged his one-man show based on the works of Edgar Allan Poe; his current stand-up repertoire resurrects an old-timey vaudeville routine featuring a variety of short silly patter songs.In recent years, Jack has performed regularly in theaters throughout North/Central Florida, interpreting, among others: works by Chekhov, Shakespeare, Simon, Woldin, Sondheim, Letts and Gelbart; musical shows for school children; and non-singing performances with the Orlando Opera Company.Jack played Rabbi Furtado in the South-Eastern USA premiere of "The King of Schnorrers" by Judd Woldin, winner of a Tony Award in 1974 for his score for the musical "Raisin". Jack has interpreted the Magistrate in two separate productions of Neil Simon's "Fools", as well as rocking the equally bizarre Congressman Salt in Michel Parker's "The Sensuous Senator",which was the comedy hit of Jacksonville, Florida's 2003-2004 theater season; then came the scandalous Marcus Lycus in "A Funny Thing Happened on the Way to the Forum". These outrageous characters were followed by Bud Todd, the lascivious lonely-wife chaser in Tracy Letts' "Man From Nebraska"; as well as the outrageously rickety miser, Jethro Crouch, in "Sly Fox" by Larry Gelbart, the creator of "M*A*S*H".Other favorite stage roles from yesteryear have included Captain Queeg in "The Caine Mutiny Court-Martial", Milo Tindle in "Sleuth", Lady Bracknell in "The Importance of Being Earnest", the psychopathic Jerry in Albee's "Zoo Story", and Father Jack in "Dancing at Lughnasa".Education includes undergraduate study in Missouri, Colorado and Mexico; graduate study at the Ecuadorian Institute of International Law in Quito; and a Doctorate in Letters from the University of Lille in France, as well as the previously mentioned study in the Performing Arts at the Boston University Theater Institute.