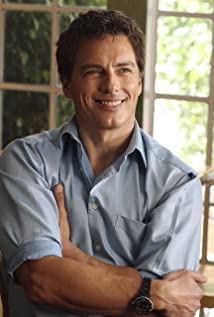 Born in Glasgow, Scotland, and raised in Joliet, Illinois. He returned to the UK, for a 6 month Shakespeare semester with the United States International University of San Diego, but left to star in the musical production of "Anything Goes," with Elaine Page. He went on to star in "Miss Saigon," "Matador," "Rope," and "Hair" at London's West End. Barrowman has homes in London and Cardiff, Wales.

The Story of Musicals