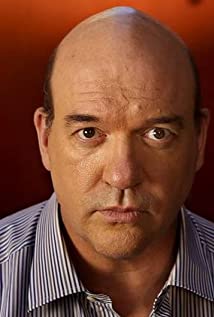 John Carroll Lynch was born August 1, 1963 in Boulder, Colorado, and was raised in Denver. It was there John found a passion for acting and became a Denver Broncos fan. He graduated in the mid-80s with a B.F.A. in theatre from the The Catholic University of America / Hartke Theatre Acting program. From then, he continued to work in theatre around the country, but concentrated mostly on his work at the Guthrie Theater in Minneapolis, acting in many plays from Shakespeare to Shaw to Chekhov. In the early nineties, John was able to find time away from the theatre to work in film, as productions came through Minnesota. In 1996, he received critical acclaim for his role as Marge Gunderson's simple husband Norm Gunderson in Fargo (1996). He went on to make two more films that year, both of which were conveniently set in Minnesota, the acclaimed Beautiful Girls (1996) and Feeling Minnesota (1996). Since then, John's film career has been on an amazing climb. Much like other well respected actors from the theatre, such as John Malkovich and Gary Sinise, he chooses to play very interesting and diverse roles.