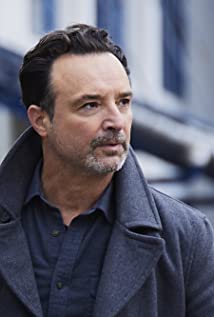 John was born and raised in downtown Toronto to Italian parents who made the long journey to Canada to start a new life. He first caught the acting/filmmaking bug in Grade 8. It was then that Aiko Suzuki (sister of David Suzuki) came to his class and taught a course in super 8 filmmaking. John played his first leading role as a blind boy in a film shot in the then new Spadina subway station. Nevertheless, it would take some time and a diversion into athletics before John would return to his passion for the arts.John would eventually find his focus in athletics at Central Tech High School. John would go on to be part of the record breaking 4x100m relay team alongside Olympian Atlee Mahorn. It was his speed that would catch the attention of the football team and in his senior year he would be awarded an Athletic Scholarship to Simon Fraser University in Vancouver, BC. It was in the Simon Fraser Theater program that John's passion for acting was ignited. John would waste no time, and after 2 years at the University John made the move to New York to join his older brother Frank to further his studies and commit to acting as a life choice. By day John studied with acclaimed acting teacher Julie Bovasso. At night John would go to what he calls "one of the greatest jobs I have ever talked my way into" - an usher at the renowned Vivian Beaumont Theater in the beautiful Lincoln Center. Nightly, John would seat his audiences and then get lost in the magic of the theater as he quietly perched at the top of the stairs.John found his way back to Vancouver where he spent a few years doing plays, a variety of TV and film projects and eventually landed his first big Hollywood Feature Film- Alive. Soon after John was in Los Angeles for the Premiere of Alive, and quickly began landing roles, resulting in a permanent move to L.A.While in LA John co-wrote, produced and starred in the award winning independent film Break A Leg starring Molly Parker, Jennifer Beals, Sandra Oh, Kevin Corrigan and Eric Roberts. Break A Leg went on to win over 10 Best Feature or Audience Awards at various US festivals including Best Actor for John at The Marco Island Film Festival.John has dazzled audiences and reviewers alike with his acting range, having one reviewer state, "It's hard to believe this is the same performer who played the steely-eyed, borderline dangerous nightclub manager in Intelligence. Leslie Nielson and Cassini's scenes together in Robson Arms are the stuff of great comedy." (Can West Service - Alex Strachan).In the theatre world, John appeared on stage in the spring of 2012 in the play God Of Carnage at the Manitoba Theatre Centre and the Vancouver Playhouse. Most recently John was in the Vancouver Premiere of The Motherf**ker with The Hat where he was nominated for a Jessie Award for Best lead Actor. John has gone on to produce TV as well as indie features and In 2012 he co-founded and became Artistic Director of Railtown Actors Studio a renowned premiere acting studio. He has been a personal acting coach for over 20 years working with actors in both Canada and the US and continues to mentor the next generation of actors.

In God I Trust