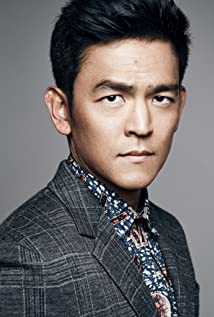 John Yohan Cho was born in Seoul, South Korea, and moved to Los Angeles, California as a child. His father was a Christian minister. Cho was educated at Herbert Hoover High School at Glendale, before moving on to the University of California at Berkeley, where he studied English literature. Upon graduation, he moved back to Los Angeles, working for a while as a teacher at Pacific Hills School. He also began acting with the famed Asian American theatre company East West Players.A screen acting career began with small roles in projects such as Wag the Dog (1997), Bowfinger (1999), and the critical favorite Better Luck Tomorrow (2002). His breakthrough came when he appeared in the teen romance comedy American Pie (1999) and helped coin the phrase "MILF". Other roles followed, and he scored another hit in the slacker comedy Harold & Kumar Go to White Castle (2004). Cho also starred in the hugely successful franchise reboot Star Trek (2009), in the sought-after role of Hikaru Sulu, and has continued working steadily in Hollywood, starring in the indie drama Columbus (2017), thriller film Searching (2018), and the horror follow-up The Grudge (2020). As well as acting, Cho is also a singer and performs in the band Viva La Union.He is married to actress Kerri Higuchi, and they have two children.