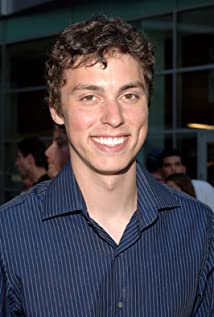 John Francis Daley began acting in the national and international tour of The Who's Tommy, playing young Tommy - and coming to national prominence in the critically acclaimed, cult classic series, Freaks and Geeks (1999). Formerly a regular on the Fox hit, Bones (2005), John can also be seen in the Lions Gate comedy, Waiting and the upcoming Rapture-Palooza (2013), opposite Anna Kendrick and Craig Robinson.Now enjoying a successful screenwriting career, with his writing partner, Jonathan Goldstein, the two have sold several scripts in the past three years, including the summer hit, Horrible Bosses (2011).As well as being an actor and screenwriter, John is also a musician, playing keyboard and singing lead vocals in his band, Dayplayer soon to release their first CD.

Cloudy with a Chance of Meatballs 2