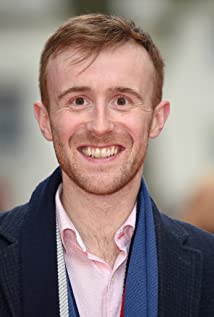 John was born in Billericay in Essex in 1981 to a couple of teachers, one of four brothers. He became interested in theatre as a young boy watching The Animated Shakespeare Tales on television and, when his parents separated and he moved with his mother to a village near to Stratford-on-Avon he spent his teen-age years watching productions of Shakespeare. After a three year university course he enrolled at the Webber Douglas Drama school in London, also taking on work experience as an usher at the Royal Shakespeare Company and, having graduated, he played walk-on roles with the company, being on stage for the RST Complete Works of Shakespeare Festival. His subsequent stage career includes appearing with the English Touring Theatre's 'Hamlet', in the National Theatre's 'Major Barbara'. earning him third place at the Ian Charleson Awards for Most Promising Young Actor and in the black comedy 'The Physicists' at the Donmar Warehouse. before playing the title roles in 'Edward II' for the National Theatre in 2013 and in 2015 'Oppenheimer' for the R.S.C. and Macbeth for the Young Vic. Having made his television debut in 2006, he has, during the 2010s, become an increasingly familiar face in either sinister roles ('Luther' as a killer). period pieces ('Jonathan Strange and Mr Norrell', 'The Suspicions of Mr Whicher' and lawyer Jaggers in 'Dickensian') or both ('Ripper Street'.)

CERN & The Sense of Beauty