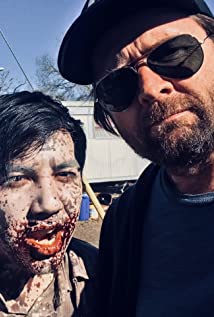 John Polson is an award-winning actor, director and producer who has garnered worldwide attention directing feature films such as Siam Sunset (starring Linus Roache), which won awards at numerous film festivals around the world (including the Cannes Film Festival), Swimfan (starring Jesse Bradford, Erica Christensen), and Hide and Seek (starring Robert De Niro, Dakota Fanning). Swimfan and Hide and Seek both opened at Number 1 at the US box office. Polson's 2009 film, Tenderness, starred Russell Crowe and Laura Dern.John began his career as an actor and has appeared in and won numerous acting awards for such films as The Sum of Us, The Boys, Idiot Box and Mission: Impossible 2. More recently, Polson has flexed his creative muscle as an executive producer and director of hit television shows such as Fringe, The Mentalist, The Good Wife, Walking Dead and Fear The Walking Dead. He was Executive Producer / Director on the CBS hit crime drama Elementary (starring Jonny Lee Miller, Lucy Liu) for four seasons and around 100 episodes.In the early 90's, Polson started Tropfest - the world's largest short film festival at a Sydney cafe called the Tropicana. He has been the creative force behind the ground-breaking event since its humble beginnings - including its expansion globally. Tropfest in Australia now attracts a live audience of over tens of thousands of people on a single night, as well as many more via a simultaneous television broadcast and global webcast. Tropfest screenings have been held in cities around the world including Berlin, London, Bangkok, Abu Dhabi, New York, Las Vegas, Paris, Beijing and Aspen to name a few.Polson is based in New York City but visits Australia regularly.