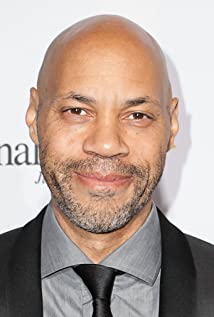 John Ridley is the author of seven published novels, the most recent, What Fire Cannot Burn from Warner Books and The Drift from Knopf. His first novel, Stray Dogs, was made into the feature film U Turn (1997) directed by Oliver Stone and starring Sean Penn, Jennifer Lopez, and Nick Nolte. Additionally, Ridley wrote the screenplays for the films Undercover Brother (2002) and Cold Around the Heart (1997) and wrote the story for Three Kings (1999).He is a playwright as well and in 2005 produced the world premiere of his first play, Ten Thousand Years. Ridley is also a commentator for National Public Radio and a regular contributor to California Connected (2002), an award-winning, news magazine which airs throughout California on 12 Public Television stations. He was the host of Movie Club with John Ridley (2004) on AMC, a unique movie review program with a panel of critics.Ridley also wrote, directed, and produced the popular TV show, Barbershop (2005) formerly on Showtime.

Out of the Furnace

Jimi: All Is by My Side