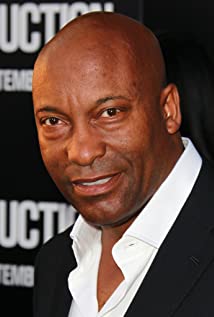 Son of Danny Singleton, a mortgage broker, and Sheila Ward, a pharmaceutical company sales executive, and raised in separate households by his unmarried parents, John Singleton attended the Film Writing Program at USC, after graduating from high school in 1986. While studying there, he won three writing awards from the university, which led to a contract with Creative Artists Agency during his sophomore year. Columbia Pictures bought his script for Boyz n the Hood (1991) and budgeted it at $7 million. Singleton noted that much of the story comes from his own experiences in South Central LA and credited his parents with keeping him off the street.

Through a Lens Darkly: Black Photographers and the Emergence of a People