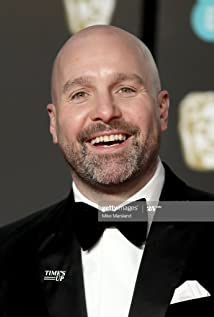 Johnny Harris first burst onto our screens in the feature film London to Brighton. Despite being made on a tiny budget, the film went on to be voted into Time Out magazine's '100 Greatest British Movies Of All Time' and is now widely regarded as a cult classic with noteworthy actors and directors regarding Johnny's performance as "outstanding" and "astonishing."In an interview in The Independent on Sunday at the time of the film's release, celebrated British director Shane Meadows said of Harris' performance in the film: "It's an incredibly bold and massively powerful performance, the best I've seen on celluloid for a long time."Four years later, Harris' breakthrough role came when Meadows cast him in This Is England '86 and his portrayal of Lol's abusive father in the show saw him receive both BAFTA and The Royal Television Society Award nominations for his performance. The following year he reprised the chilling role of Mick in This Is England '88 with the show winning the BAFTA TV Award for Best Mini-Series.Johnny continued his run of award-winning projects with a leading role in the hit BBC drama The Fades, clinching the BAFTA TV Award for Best Drama Series.In 2012 he was back in cinemas in Universal Pictures smash hit film Snow White and the Huntsman starring Kristen Stewart and Charlize Theron. He played one of the eight dwarves alongside the late Bob Hoskins, Ray Winstone, Ian McShane, Nick Frost, Toby Jones, Eddie Marsan, and Brian Gleeson.Another feature film soon followed and Harris was seen in Welcome to the Punch with James McAvoy, Mark Strong, Peter Mullan and Andrea Riseborough which went on international release in 2013.Nev Pierce, Editor of Empire Magazine, has described Johnny as "An heir to Oldman, in terms of being able to be both sensitive and scary, indelible and real." The Independent described Harris as "One of Britain's finest actors".In 2015, Johnny stars in the hit new Sky Atlantic/Pivot 12-part drama Fortitude alongside Sir Michael Gambon, Stanley Tucci, and Christopher Eccleston. The show was shot on location in Iceland and London and aired exclusively on both sides of the Atlantic in January 2015. He also received critical acclaim for his performance as American Platoon Sergeant Noah Frater in the feature film Monsters: Dark Continent, the sequel to the Gareth Edwards hit film Monsters, his first starring role in a feature film.2015 also saw Johnny return as 'Mick' in This Is England '90. The final installment of the hugely successful series. He also starred as DCI John Hind, opposite Anne-Marie Duff in From Darkness, a new four-part drama for BBC1. Filming took place on location in Manchester and Scotland.In February 2016, filming began on Johnny's debut screenplay Jawbone. Harris co-produced the film and also starred alongside Ray Winstone, Ian McShane and Michael Smiley, with Paul Weller composing and recording an original soundtrack for the movie. Boxing legend Barry McGuigan and his son, the esteemed trainer Shane McGuigan served as boxing consultants on the movie, and prepared Harris for the lead role. The film was backed by BBC Films and was shot on location in London, and the West Midlands. Jawbone was released nationwide in cinemas on May 12, 2017, receiving huge critical acclaim. Harris received both 'Best Actor' and 'Best Debut screenplay' Award nominations at The BIFA Awards 2017. Jawbone received 7 nominations in total.In January 2018 Johnny received a BAFTA Film Award nomination for 'Outstanding Achievement by a British Writer, Director, or Producer' for his work on Jawbone. He was also nominated by The Writers Guild of Great Britain for the 'Outstanding Debut Screenplay' Award.In 2018 Johnny will play the role of "Agamemnon" in the new BBC - Netflix drama series Troy: Fall of a City. Filming took place on location in Cape Town, South Africa. The show will be on our screens in early 2018.

The Last Days on Mars

Snow White and the Huntsman