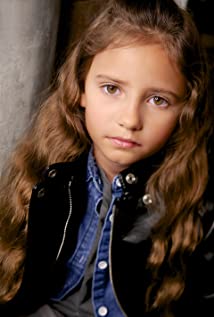 LA born and Houston raised, Jojo Regina, has been acting since 2016, when she heard her dad acting silly for one of his auditions and gave it a try. Her acting work includes commercials for brands like Walgreens Red Nose Day, Kid's Meals, Kendra Scott and McDonald's, as well as a few short films.In 2022, Jojo made her feature film debut with the much sought after role of "Little Kya" in the highly anticipated, Where the Crawdads Sing, produced by Sony's 3000 Pictures and Reese Witherspoon's Hello Sunshine. The film is based on the New York Times Best Seller, of the same name, written by Delia Owens, which has sold over 12 million copies worldwide. In addition to Jojo, the film stars Daisy Edgar-Jones, Taylor John Smith, Harris Dickinson, David Strathairn, Garret Dillahunt, Serling Macer, Jr. and Michael Hyatt and is directed by Olivia Newman.When Jojo is not acting, you can find her horseback riding, rock climbing, doing gymnastics or swimming. She also enjoys taking road trip adventures with her family. Jojo Regina is represented by Paradigm Talent Agency, ESI Network, Felker, Toczek, Gelman, Suddleson and imPRint.