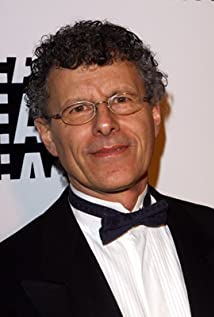 After studies in English literature, Jon Amiel graduated from Cambridge University and ran the Oxford and Cambridge Shakespeare Company, which often toured the USA. He became the Hampstead Theatre Company's literary manager and began directing there, relocating to the Royal Shakespeare Company.Amiel joined the BBC as a story editor, studied television directing and did TV work through the late 1970s and early 1980s, scoring attention in 1985 with _Silent Twins, The (1985)_, an unforgettable recreation of the tragic "silent twins" June and Jennifer Gibbons, who spoke only to each other. Airing during the same year Marjorie Wallace's non-fiction book The Silent Twins (1986) was published by Prentice Hall), the docudrama was the BBC's selection for entry at the Locarno and Montreal Film Festivals. As noted in Stephen Gilbert's biography of Dennis Potter, Amiel was working on The Silent Twins (1986) when Kenith Trodd gave him the six Singing Detective scripts. After international acclaim for The Singing Detective (1986), Amiel's feature film debut, Queen of Hearts (1989), premiered at Cannes, was named Best First Film at the Montreal Festival and won the Birmingham Festival's Best British Feature Film Award. Amiel's Tune in Tomorrow... (1990), based on Mario Vargas Llosa's Aunt Julia And The Scriptwriter, won the Deauville Festival's Prix Publique. He followed with the period drama Sommersby (1993), the thriller Copycat (1995), The Man Who Knew Too Little (1997) and moved into action-adventure with Entrapment (1999) and The Core (2003).

Wisdom of the Crowd