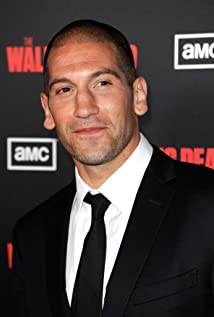 Jon Bernthal was born and raised in Washington D.C., the son of Joan (Marx) and Eric Bernthal, a lawyer. His grandfather was musician Murray Bernthal. Jon went to study at The Moscow Art Theatre School, in Moscow, Russia, where he also played professional baseball in the European professional baseball federation. While in Moscow, he was noticed by the director of Harvard University's Institute for Advanced Theatre Training at the American Repertory Theatre and was invited to obtain his M.F.A there. After graduating in 2002 he has performed in over 30 plays regionally and off-Broadway including many with his own award-winning theatre company Fovea Floods. He now lives in Venice, California with his dog, Boss.

We Own This City