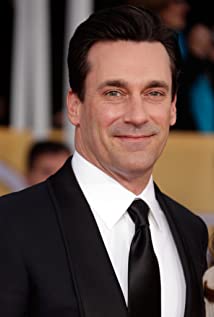 Jon Hamm is an American actor and producer from St. Louis, Missouri who is known for playing Don Draper in Mad Men. He also played Mister Sinister in a deleted scene of The New Mutants and Legion, Brogan from Shrek Forever After, and other films and shows including Sucker Punch, Million Dollar Arm, Black Mirror and Good Omens.

All or Nothing: Carolina Panthers