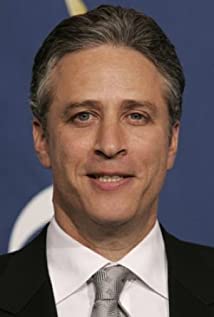 Jon Stewart was born Jonathan Stuart Leibowitz in New York City, New York, to Marian (Laskin), a teacher, and Donald Leibowitz, a physics professor. His family is Ashkenazi Jewish (from Austria, Ukraine, Poland, and Belarus). Stewart moved to Lawrenceville, New Jersey during his childhood. He graduated from the College Of William And Mary in Williamsburg, Virginia, in 1984. He made his breakthrough on The Larry Sanders Show (1992), where he had a role playing himself, the oft-timed "Guest Host" of "The Larry Sanders Show". He became as much a part of the show's fabric as some of the regular performers.In the 2000s, Stewart emerged as a bonafide television personality with his ascension to host of The Daily Show (1996)/Comedy Central, taking over for Craig Kilborn in 1999. Audiences have embraced his sarcastic, sardonic and incisive sense of humor, covering politics and other news stories.Stewart and his wife, Tracey, have two children.

The Problem with Jon Stewart