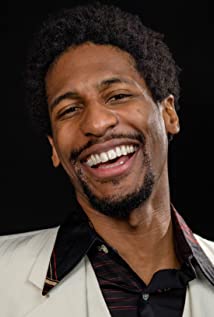 Jonathan Batiste is a unique and iconic artist of this generation. With his unique voice on piano and dapper sense of style, Jonathan has ignited the NYC music scene. Jonathan is from a celebrated lineage of musicians in New Orleans. At just 24, Jonathan has performed in over 40 countries, has headlined in premiere venues (Carnegie Hall, Lincoln Center, The Kennedy Center, Concertgebouw etc), released 2 CD's ("Times In New Orleans" and "Live In New York: At The Rubin Museum Of Art"), 2 EP's ("The Amazing Jon Batiste EP" and "In The Night EP"), performed on National T.V. (NBA All-Star Game Half-Time Show 2008, HBO series "Treme", BET etc.), and collaborated with Wynton Marsalis, Prince, Jimmy Buffet, Roy Hargrove, and Cassandra Wilson among others. He is a "Movado Future Legend" award recipient and a "Steinway Performing Artist".Starting out on the drums at the age of 8, by 12 he had moved onto the piano and quickly advanced in this instrument. He also is a vocalist, arranger, composer and "harmonabord" player.As a role model in his community, Batiste empowers the next generation of musicians. With his role as co-director and music curator at The National Jazz Museum in Harlem, he has programmed year-long educational workshops for hundreds of students. As an educator and humanitarian, he has conducted clinics and master classes worldwide. Jonathan is also a traveling ambassador for the NY based non-profit organization "Music Unites" founded by Michelle Edgar. Batiste collaborates on various projects with Edgar throughout the year dedicated to bringing music education to underprivileged children in underfunded inner city school systems.Jonathan is the founder and leader of The Stay Human Band. The band is comprised of some of New York City's most creative young musicians. The Stay Human Band is a marching band that moves through the city, sharing their world-class music, high energy and uplifting energy with the people of NY. They have recently released an album "MY N.Y." which was recorded entirely in the subway cars and on the street corners of the city, and gives the listener a candid look into NYC.