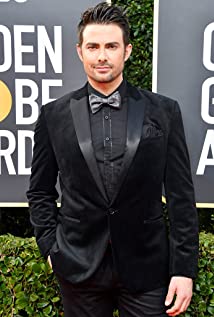 Jonathan David Bennett was born in Rossford, Ohio, to RuthAnne (Mason) and Dr. David Paul Bennett. He headed straight to New York to pursue acting after graduating from the theater program at Otterbein. He was actually discovered by an agent while sitting on a train. Six months later he signed on to the iconic soap opera "All My Children," playing J.R. Chandler. Since then Jonathan's career has been on fire. He has appeared in a slew of teen comedies, side-by-side with some of the biggest and brightest stars of their time including; "Cheaper by the Dozen 2" (with Steve Martin) and "Lovewrecked" (with Amanda Bynes). He also stepped into and took over the iconic role replacing Ryan Reynolds as Van Wilder in "Van Wilder: Freshman Year."

The Haunting of Sharon Tate

The Last Sharknado: It's About Time

Christmas Made to Order

Mommy, I Didn't Do It