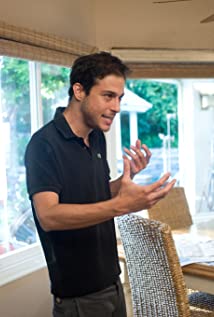 Born September 30, 1979, Jonathan Peter Kasdan's first acting performance in a major motion picture was at the tender age of 3 in "The Big Chill" as the son of Harold, played by Kevin Kline.Then at age 5, Jonathan Kasdan went on to play an outpost boy in what many critics consider to be the best Western of the 1980s: "Silverado," also starring Kevin Kline as misfit-turned-sheriff Payden, Kevin Costner's character, Jake, Scott Glenn's portrayal of Emmett, and of course, Danny Glover as Malcolm "Mal" Johnson, in their oft awkward efforts to bring justice to the Old American West.Jon played the 'boy' in a doctor's office in "The Accidental Tourist" alongside William Hurt, Kathleen Turner and Geena Davis.In 1990 Jon was a lovable Dominic in the John Kostmayer comedy "I Love You to Death," again with Kevin Kline.But instead of having a big breakaway role in the 1994 neo-classic Western "Wyatt Earp," the 14-year-old played the role of Bar Boy with leading man Kevin Kline. Alas, Jon had to settle for winning the trifecta of his third-in-a-row boy role.In 2002, he acted in two films as a trainee in "Big Trouble" and Barry in "Slackers".Continuing the dream in 2003, Jon played a bit part as Defuniak in "Dreamcatcher" with Morgan Freeman.But in 2007 Jon Kasdan bypassed mere acting, taking the helm of the dramatic romantic comedy, "In the Land of Woman," as its 27-year-old writer/director. In an impressive finish for his directorial debut, his $11 million budget movie earned $12 million at the box office.Then lightning struck twice as 32-year-old Jonathan Kasdan had two films released the same week in January of 2012, as writer/director of "The First Time" with Dylan O'Brien and Britt Robertson, and back as an actor in the role of Officiant in the Sony Pictures Classics "Darling Companion" with Diane Keaton and Kevin Kline who all got upstaged by a dog named Freeway.But if anything, Jonathan Kasdan is a survivor. Having been diagnosed with Hodgkin's lymphoma at age 17, he went on to act, direct and write films. His television presence is memorable as an actor in Dawson's Creek and noteworthy is his writing of Freaks and Geeks.Jonathan is the brother of actor Jake Kasdan and son of Lawrence and Meg Kasdan, both famous directors and writers who, remarkably, have been married since 1971.And what's next for Jon Kasdan? And action Comedy called "My Spy" co-written with his brother Jake. Oh, and a yet unnamed 2018 Han Solo Star Wars Anthology starring Alden Ehrenreich as Han, where Jon shares the screenplay credit with his father Lawrence Kasdan.It all goes to show that in an industry that sometimes is faulted for having a dearth in creativity, with a family like the Kasdans, there's hope for Hollywood.

In the Land of Women

I Love You to Death