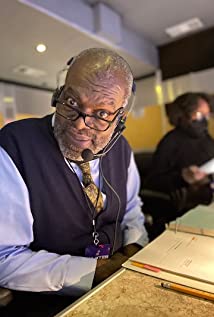 Born in Harrisburg PA. By the time he reached 17, Jonathan was a seasoned global traveler via the military brat lifestyle. Educated at Wichita State University, Jonathan studied, while trying to earn a scholarship playing football, participating in the ROTC program and working as a Resident Assistant all of which strongly reinforced his ability to work in a collective, collaborative environment. On the recommendation of a favorite professor, Jonathan also began his professional media career with KSN the NBC affiliate as a camera operator while still an undergrad. After earning his BA in Communications from Wichita State, Jonathan continued his education at Southern Illinois University in the Film Department (35mm Film with a focus on abstract and avant-garde photography), paying the bills by touring the Midwest college circuit playing drums for various bands. During one tour stop in Chicago, he landed a job interview with Westinghouse Corporation, which led to his employment with the start up of Satellite News Channel then the only competitor to CNN's 24-hour news coverage. After relocating to Washington D.C for SNC, he was hired for the position of technical director for the start up operation of Home Team Sports one of the predecessors of the Regional Sports Networks. After completion of that assignment he went on to become one of the primary Technical Directors at the NBC O&O WRC-4 in Washington D.C. During this period in his career the nickname Jonathan X was developed. After participating in various video art projects Jonathan was offered multiple exhibits (video installations) at local clubs and art houses, leading to two major exhibits at the Chicago Museum of Art. "Slow Fade to Black" a collection of socio-political art from a variety of artist and "Video Congress 235" in Munich, West Germany. When these submissions were entered, he chose to use his middle name, Jonathan and added the letter X as homage to Richard Pryor's early film role in the cult classic "Wild in The Streets." Once his co-workers heard of this, it appeared on one of the weekly credit rolls and has stuck ever since. During that time of self-expression, opportunity arrived and Jonathan began his freelance career. Jonathan's highly successful run as a consistent and creative technical director in the LA market brought his skills to a long list of national and global sporting events, national news events, game show, talk show, music, variety, award, action and entertainment programs. Utilizing his in-depth technical knowledge, personal management skills, strong work model, and creative energies has enabled Jonathan to gain a complete overview of every aspect of each production. Working well and understanding each person's role in the collaborative effort of creative production, Jonathan became one of the most sought after and respected technical directors in America. With over six National Emmy's and other esteemed awards to his credit, he began his transition to directing (a natural progression based upon his creative vision and technical background) in 1999. Jonathan's segue into directing, is a distillation of all the creative skills and technical acumen garnered over the course of his rich personal and professional life. Now firmly established as a full time working Director and Guild member (along with his continued membership with IATSE, IBEW, and NABET) the same emphasis on excellence, creative vision, passion and drive are serving him and his clients well.