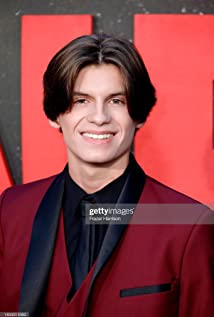 Jordan Isaiah White is an actor who resides in North Carolina with his parents and siblings. He is known for his role as Matty in The Black Phone starring Ethan Hawke, Jeremy Davies, Mason Thames, and Madeleine McGraw.Jordan started showing a love of acting at age 12 and decided to audition for an agent. They quickly signed him without a call back due to his authentic performances.Jordan was born in North Carolina on September 26th, 2006. He has an older brother, Carson, and younger sister, Emmie Jane (who is an actress). Jordan is a Christian, and loves to talk about his faith. In his spare time he enjoys playing video games, bike riding, and loves Star Wars and the Marvel cinematic Universe. He has two dogs, Charlie & Lucy.