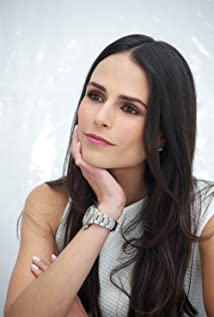 Raven-haired beauty Jordana Brewster was born on April 26, 1980 in Panama City, Panama. Her mother, Maria João Leal de Sousa, is a Brazilian-born model who appeared on the cover of Sports Illustrated in 1978 . Her father, Alden Brewster, is an American-born investment banker, who has English, Scottish, and Irish ancestry. Her paternal grandfather, Mayflower descendant Kingman Brewster, Jr., was president of Yale University from 1963 to 1977. Jordana was raised in London, England up until the age of six. At this time, her family decided to move back to her mother's native Rio de Janeiro. Here, they would stay for the next 4 years. Jordana learned to speak fluent Portuguese during her 4 year stay in Rio de Janeiro. At the age of ten, Jordana's family decided to move again, only this time they would relocate to Manhattan. It was here where Jordana studied at Sacred Heart, an all-girl Catholic school before moving on to the New York Professional Children's School. It was in her teens that Jordana began to make a name for herself by appearing in two of daytime television's longest-running soap operas, All My Children (1970) and in 1996 As the World Turns (1956), where she played the role of "Nikki Munson" for three years. Jordana also went on to co-star in the NBC mini-series The '60s (1999). The year 1998 marked her big-screen debut as "Delilah Profitt" in the teen-driven film, The Faculty (1998). However, it was her role as "Mia Toretto" in the blockbuster hit The Fast and the Furious (2001) that led her to reach Hollywood stardom. Despite her success, Jordana continued to attend Yale University, in the class of 2003. She played the lead in the prequel The Texas Chainsaw Massacre: The Beginning (2006), and reprised her role, Mia, in the sequels Fast & Furious (2009), Fast Five (2011), Fast & Furious 6 (2013), and Furious 7 (2015).Brewster was married to producer Andrew Form in 2007, and they have two sons.