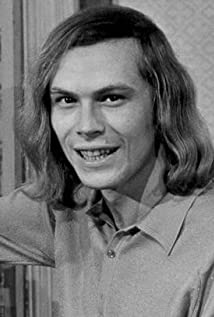 José Wilker de Almeida was born on 20th August 1947 in Juazeiro do Norte, Brazil. He worked as a speaker in a radio there but he later moved to Recife where he started worked in the theatre as a member of "Movimento de Cultura Popular (MPC)". The group not only brought culture to people but also reading, writing and political lessons. During the military repression, however, MPC was made illegal and Wilker moved to Rio de Janeiro, where he started working in cinema. His first film as "A Falecida", starred by Fernanda Montenegro.In Rio Wilker kept on working in theatre. In 1968 he wrote his own play, "O Trágico Acidente que Destronou Teresa". His next move as a playwright was "A China é Azul", in 1972. In this year he starred "Os Inconfidentes", a movie by Joaquim Pedro de Andrade. Still in 1972 he worked on his first TV series, "O Bofe".Between 1976 and 1985 he didn't work in theatre, but played important roles in cinema and TV. "Dona Flor e Seus Dois Maridos" (1976), based on Jorge Amado's novel, is a recordist on Brazilian cinema box office. "Xica da Silva" (1976), "Bye Bye Brasil (1979)", "Bonitinha Mas Ordinária" (based on Nelson Rodrigues' text, 1981), and "O Homem da Capa Preta" (1986) were blockbusters too. His works for TV were very successful too.In 1989 he worked on two then famous films: "Doida Demais" and "Dias Melhores Virão". In 1992 he was on "Medicine Man", directed by John McTiernan and starred by Sean Connery. In the next five years Wilker worked almost exclusively for Tv. However, in 1996, a compilation of his reviews on cinema was released in a book, "Como Deixar um Relógio Emocionado". In 1997 he came back to the Seventh Art with "O Pequeno Dicionário Amoroso" and "A Guerra de Canudos", where he was the protagonist and producer.Wilker carried on his acclaimed TV career but in 2000 he worked on Villa Lobos, Uma Vida de Paixões". In 2002 he was on "Dead in the Water" starred by Henry Thomas. He then had three films in a role: "O Homem do Ano" (2003) and "Maria, Mãe de Deus" (2003) and "Redentor" (2004). In 2003 he was elected president of Rio Filmes, a cinema company in Brazil.

Dead in the Water

For All: Springboard to Victory