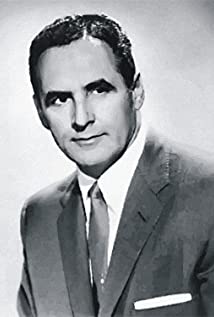 Joseph Roland Barbera was an American animator, film director, and television producer. He was the co-founder of the company Hanna-Barbera, with his longtime partner William Hanna.Barbera was born in an Italian-American family. His parents were barbershop-owner Vincent Barbera (1889-1965) and Francesca Calvacca (1875-1969), both Italian immigrants from Sicily. Vincent was from the farming town of Castelvetrano, while Francesca was from the spa town of Sciacca (founded as the ancient Greek colony of Thermae).Barbera was born in Little Italy, at the Lower East Side section of Manhattan. Months following his birth, Barbera's family moved to Flatbush, Brooklyn. He was mostly raised in Flatbush. Vincent Barbera grew prosperous for a while, but a gambling addiction led him to squander the family fortune. In 1926, Vincent abandoned his family, and Joseph was taken under the wing of his maternal uncle Jim Calvacca.Barbera attended Erasmus Hall High School in Brooklyn. During his high school years, he worked as a tailor's delivery boy. Meanwhile, he excelled in boxing and won a number of titles, but decided against becoming a professional boxer. He graduated high school in 1928, and started working odd jobs.In 1929, Barbera first became interested in animation, after viewing Walt Disney's "The Skeleton Dance" (1929). Shortly after, he started working as a freelance cartoonist. Some of his print cartoons were published in Redbook, the Saturday Evening Post, and Collier's. Meanwhile Barbera took art classes at the Art Students League of New York and the Pratt Institute, hoping to improve his drawing skills.Barbera was eventually hired as an inker and colorist by Fleischer Studios. In 1932, he was hired by the Van Beuren Studios as an animator and storyboard artist. At Van Beuren he worked on such film series as "Cubby Bear" and "Rainbow Parades". The studio's most prominent cartoon starts were a human duo known as "Tom and Jerry". Barbera worked on the Tom and Jerry series, and apparently liked the sound of the duo's name.In 1936, Barbera left the financially struggling Van Beuren studio to work for Paul Terry's Terrytoons studio. In 1937, he left Terrytoons to work for the then-recently established Metro-Goldwyn-Mayer cartoon studio (1937-1957). MGM offered its animators higher salaries than what Terrytoons could offer. His first few years at the studio were not particularly notable. In 1939, he and co-worker William Hanna started working on the idea of a cat-and-mouse duo of characters. They were allowed to co-direct "Puss Gets the Boot" (1940), introducing the new duo of Tom and Jerry. It was critically and commercially successful, but studio head Fred Quimby was initially uninterested in producing a full series of Tom and Jerry films. The lack of success of other products of the studio convinced Quimby, and Barbera and Hanna became the head of their own production unit to work on the new series.From 1940 to 1957, Hanna and Barbera co-directed 114 Tom and Jerry animated shorts. The Tom and Jerry series was very popular with critics and audience. But by the 1950s, production costs were high while the profitability of the shorts was lower than before. MGM decided to shut down its animation subsidiary. Barbera was unemployed for the first time in decades.Barbera briefly partnered with Robert D. Buchanan (1931-) in production of an animated television series, the science fiction series "Colonel Bleep" (1957-1960). It was the first animated series specifically produced for color television. Barbera eventually left this partnership and teamed up with William Hanna again. They founded Hanna-Barbera Productions, their own animation studio. With theatrical animation in decline, they focused on the new market of television animation.The studio's first television series was the moderately successful "The Ruff & Reddy Show". It was succeeded by the much more popular "The Huckleberry Hound Show" and "The Yogi Bear Show". Survey's revealed that the two shows had attracted an adult audience, convincing Hanna and Barbera that they could market animation to adults. Their next series was the animated sitcom "The Flintstones" (1960-1966), popular with both children and adults. Its success helped establish Hanna-Barbera Productions as the leader in television animation.In 1966, Hanna-Barbera Productions was sold to Taft Broadcasting for $12 million dollars.Barbera and Hanna remained studio heads until 1991, when the studio was sold to the Turner Broadcasting System for an estimated 320 million million dollars. Barbera and Hanna were reduced to advisory positions, which would they keep for the rest of their lives. Barbera periodically worked on new Hanna-Barbera shows, and even provided input for the original live-action adaptation of Scooby-Doo in 2002.In 2001, Hanna-Barbera Productions was absorbed into Warner Bros. Animation. Barbera received executive producer credits for Warner Bros. sequels and adaptations of his old series (such

Tom and Jerry: Willy Wonka and the Chocolate Factory

Scooby-Doo! and the Spooky Scarecrow