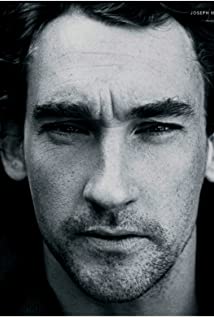 Joseph Daniel Turner Mawle (born 21 March 1974) is an English actor. Mawle is best known for his roles as Benjen Stark in Game of Thrones, Detective Inspector Jedediah Shine in Ripper Street, Firebrace in Birdsong, Jesus Christ in The Passion and Odysseus in Troy: Fall of a City.Mawle was born in Oxford. He grew up in a Victorian manor house on a farm outside Shipston-on-Stour, Warwickshire. He is one of three children from a family with a history of nine generations of farming in Warwickshire. His mother was a teacher. His father Richard still farms the land.He attended the Croft prep school on the outskirts of Stratford-upon-Avon where he was diagnosed as severely dyslexic and as a result he went from the ages of 13 to 16 to a boarding school for special needs. Mawle left the school at 16 to become an actor, but contracted labyrinthitis, leaving him 70 per cent hearing-impaired in the upper register and with tinnitus. He persuaded the director of the local college at Stratford-upon-Avon to let him study for a BTEC in performing arts while doing an assortment of jobs such as fitness instructor and dish-washer. He also did some acting for the Box Clever Theatre Company and in his own production of Solo Hamlet. He won a scholarship to study at the Bristol Old Vic's theatre school.Mawle graduated from Bristol Old Vic Theatre School in 2002 in the same year he appeared in the Irish Hurling TV adverts for Guinness. He left in 2002 with no agent and worked as an assistant in a special needs school. He landed his first major role in a 2003 production of Troilus and Cressida playing Troilus for Shakespeare at the Tobacco factory, work at the Nuffield Theatre, Southampton, in Hamlet and in 2005 the Royal Exchange, Manchester's production of Antony and Cleopatra followed.It was his performance in the television film Soundproof in 2006 that made his biggest impact where a deaf actor was needed for the lead role. Mawle was nominated for the RTS Breakthrough on Screen Award and director Ed Coulthard won the BAFTA for best director in 2007.He has appeared in a number of British television productions since including Dunkirk winner of the Huw Wheldon BAFTA Award for Factual Drama and in Adrian Shergold's Persuasion and Channel 4's gay drama Clapham Junction in the role of Tim. Time Out said "Mawle and Treadaway put in Bafta-winning efforts". In 2008 he starred as Jesus in BBC/HBO Films miniseries of The Passion, and as a guest star in Foyle's War "Broken Souls" episode.In 2008 Mawle returned to the theatre in The Last Days of Judas Iscariot at the Almeida Theatre directed by Rupert Goold. Listed for Outstanding Newcomer by the Evening Standard Theatre Awards and nominated for WhatsOnStage Theatre Choice Awards for Best Newcomer for his performance as Judas.In 2009 Mawle featured in films Nineteen Eighty (part of the Red Riding Trilogy) directed by James Marsh and in Heartless by Philip Ridley and in the spring in Dominic Savage's Freefall opposite Dominic Cooper and Aidan Gillen. In the same year, he starred in episode 4 of Jimmy McGovern's The Street.In 2010 Mawle featured in artist David Austen's End of Love and in the short film Sometimes The Moon Is Velvet, which toured festivals. He also appeared in Agatha Christie's Murder on the Orient Express, BBC drama Five Daughters, Dominic Savage's Dive and Made in Dagenham starring Sally Hawkins. He also starred with Rosamund Pike as lovers Gerald Crich and Gudrun Brangwen in the 2011 BBC Four television adaptation of Women in Love.In 2011 Mawle joined the HBO series Game of Thrones as Benjen Stark in Season 1. Mawle returned to the role in Season 6 after an absence of five seasons.Mawle appeared in several projects in 2012 including the Working Title production of Sebastian Faulks's acclaimed novel Birdsong, the Bruce Willis film The Cold Light of Day, the Tim Burton-produced Abraham Lincoln: Vampire Hunter, and the independent British film Shell.In 2011 he was featured in The Horrible Crowes' music video for their debut single "Behold the Hurricane".2013 saw Mawle portray Stephen Beaumont in The Tunnel, and Detective Inspector Jedediah Shine on Ripper Street. Mawle had a lead role in the horror film The Hallow.