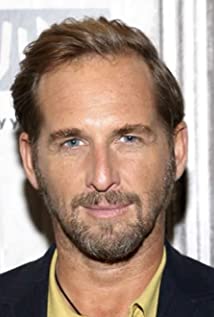 Josh Lucas was born in Little Rock, Arkansas, to Michele (LeFevre), a nurse midwife, and Don Maurer, an ER doctor.Lucas' film career began by accident in 1979 when a small Canadian film production shot on the tiny coastal South Carolina island, Sullivan's Island, where Lucas and his family lived. Unbeknownst to the filmmakers, 8-year-old Lucas was hiding in the sand dunes watching filming during the climatic scene where teenage lovers engage in a lovesick fight. It was during this experience that Lucas decided to pursue a career in film which he has now done for nearly 3 decades. Born to young, radical politically active parents in Arkansas in 1971, Lucas spent his early childhood nomadically moving around the southern U.S. The family finally settled in Gig Harbor, Washington, where Lucas attended high school. The school had an award-winning drama/debate program and Lucas won the State Championship in Dramatic Interpretation and competed at the 1989 National Championship. Brief stints in professional theater in Seattle followed before Lucas moved to Los Angeles. After receiving breaks playing a young George Armstrong Custer in the Steven Spielberg produced Class of '61 (1993) and Frank Marshall's film Alive (1993), Lucas' career toiled in minor TV appearances. Frustrated, he decided to start over and relocated to New York City.In NYC, Lucas studied acting for years under Suzanne Shepherd and worked in smaller theater productions like Shakespeare in the Parking Lot before receiving another break in 1997 when he was cast as Judas in Terrence McNally's controversial off-Broadway production Corpus Christi. The play led to his being cast in the films You Can Count on Me (2000) and American Psycho (2000). These films were followed by interesting performances in the Oscar-winning A Beautiful Mind (2001) and the box-office hit Sweet Home Alabama (2002).Lucas has since worked with many of the film community's greatest talents. He starred alongside Jon Voight in Jerry Bruckheimer's Glory Road (2006), for which Lucas added 40 pounds to transform himself into legendary basketball coach Don Haskins. Lucas also starred with Kurt Russell and Richard Dreyfuss in Wolfgang Petersen's Poseidon (2006). He starred with Morgan Freeman and Robert Redford in Lasse Hallström's An Unfinished Life (2005). He also starred opposite Jamie Bell in David Gordon Green's Undertow (2004), which was also produced by Terrence Malick. Additionally, Lucas worked alongside Christopher Walken in Around the Bend (2004).He performed with Jennifer Connelly and Eric Bana in Ang Lee's Hulk (2003). Other credits include Wonderland (2003), The Deep End (2001), American Psycho (2000), Session 9 (2001) and You Can Count on Me (2000).Lucas' theater credits include the off-Broadway run of "Spalding Gray: Stories Left to Tell"; Tennessee Williams' "The Glass Menagerie", which appeared on Broadway in 2005; Terrence McNally's "Corpus Christi" at the Manhattan Theater Club; Christopher Shinn's "What Didn't Happen"; and "The Picture of Dorian Gray".Lucas has always been fascinated by documentaries and performed voice work with film legend Ken Burns on the documentary The War (2007), and also provided voice-over work for Operation Homecoming: Writing the Wartime Experience (2007), Trumbo (2007) and Resolved (2007). Lucas' first venture into production was Stolen (2009), in which he played the single father of a mentally challenged boy. The film was the first project to be produced through Lucas' production company, "Two Bridges".In the past few years, Lucas' films include The Lincoln Lawyer (2011), Daydream Nation (2010), Peacock (2010), as Charles Lindbergh in Clint Eastwood's film J. Edgar (2011), and the massive Australian box-office and critical success Red Dog (2011), for which Lucas won Australia's best actor award (The I.F. Award). He also played Beat Generation legend Neal Cassady in Big Sur (2013). He can be seen in Kevin Connolly's Dear Eleanor (2016), the Sundance Festival film Little Accidents and the NY indie film The Mend.