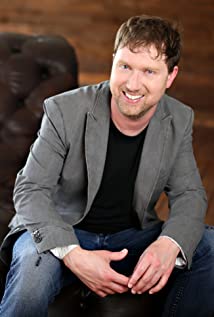 Joshua Butler is an award-winning independent filmmaker and one of the most prolific television directors of his generation. Joshua graduated Summa Cum Laude from USC Film School having written and directed his widely acclaimed Senior Thesis short Will Work for Food (1995). To date, he has directed over 40 hours of episodic television and 4 feature-length movies for television: Beer Money (2001) written by Rich Wilkes; Prancer Returns (2001) produced by Raffaella De Laurentiis, which won Best Family Movie at the Young Artist Awards and was featured on The CW Network in December of 2012; Saint Sinner (2002) written and produced by Clive Barker, which was nominated for an International Horror Guild Award; and Deathlands (2003) which was directed and executive produced by Joshua in association with his former production company Kinetic Pictures. Joshua was also an executive producer on ESPN's first original film A Season on the Brink (2002) and the MTV hit My Super Psycho Sweet 16 (2009), as well as its two sequels. In 2008, Joshua wrote and directed Vlog (2008), a feature film for Twisted Pictures, the producers of Saw (2004). After its premiere at the Hollywood Film Festival, Vlog (2008) went on to play 21 film festivals and was released by Anchor Bay Entertainment for Halloween of 2011. Joshua then directed 11 episodes of the hit CW show The Vampire Diaries (2009) and multiple episodes of The Secret Circle (2011), Ringer (2011), Nikita (2010) and The Originals (2013). He also directed 5 episodes of Kevin Williamson's FOX series The Following (2013), starring Kevin Bacon, Reckless (2014) for CBS, Matador (2014) for Robert Rodriguez and El Rey Network, Pretty Little Liars (2010) for ABC Family, Crisis (2014) and State of Affairs (2014) for NBC, and the award-winning short films Doghouse (2015) and House Not Home (2015). Most recently, Joshua directed the CBS series Limitless (2015) for Bradley Cooper, Alex Kurtzman and Roberto Orci, Syfy's The Magicians (2015) for Michael London, Sera Gamble and John McNamara, and Disney/Freeform's Shadowhunters (2016). He is also writing and directing a feature film for release in 2018.

Even Lambs Have Teeth