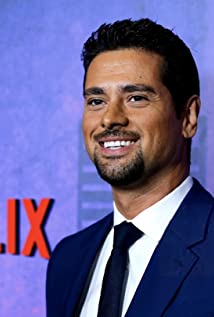 J.R. Ramirez was born in Matanzas, Cuba. When he was still a baby, his family moved to the States and he was raised in Tampa, Florida.J.R. is best known for his series regular role of "Jared Vasquez" on NBC's hit series MANIFEST, executive produced by Robert Zemeckis (2018-Present). Prior to that, he was a series regular on the second season of the Netflix hit Marvel's JESSICA JONES (2018) and portrayed beloved fan favorite "Julio Moreno" on four seasons of Starz's top hit series POWER, which musician 50-Cent executive produces (2014-17).Previously, J.R. starred as "Cal" in the Paramount Pictures comedy feature film DRUNK WEDDING, executive produced by John Hamburg (2015). In addition, he recurred as "Ted 'Wildcat' Grant" on CW's top-rated show ARROW (2014-15) and as "Dr. A.J. Aquino" on the CW dramedy EMILY OWENS, M.D. (2013). He first gained notoriety as "Diego Hernandez" on Tyler Perry's HOUSE OF PAYNE, in which he recurred for two seasons (2008-10).J.R. is fluent in English and Spanish. He loves the outdoors and is an avid hiker, golfer, tennis & basketball player. He's a passionate perfectionist and, when not working in New York, he calls Tampa and Los Angeles home. A home that wouldn't be complete without his Havanese-Schnauzer rescue dog, Freddy.