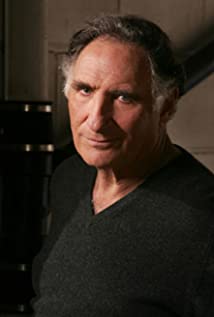 Judd Hirsch is an American actor from New York City. His main claim to fame is playing taxicab driver Alex Reiger in the hit sitcom "Taxi" (1978-1983). For this role, Hirsch twice won the "Primetime Emmy Award for Outstanding Lead Actor in a Comedy Series". He has since had a long career.In 1935, Hirsch was born in The Bronx, New York City. His parents were electrician Joseph Sidney Hirsch and his wife Sally Kitzis. Joseph was born in New York to immigrant parents. Hirsch's paternal grandfather Benjamin Hirsch was German-Jewish, while his wife Rosa was born to a Dutch-Jewish family in England. Hirsch's maternal ancestors were Russian-Jews.Hirsch spend his early years moving between the Bronx and Brooklyn. He received his secondary education at the DeWitt Clinton High School, an all-boys school located in The Bronx. He graduated in 1952, at the age of 17. He received his tertiary education at the City College of New York, a public college located in the Hamilton Heights neighborhood of Manhattan. He graduated with a degree in physics.Following his college graduation, Hirsch served his term in the United States Army. Retuning to civilian life, he was hired as an engineer by the Westinghouse Electric Corporation (1886-1997). He eventually decided to switch to an acting career. He studied acting at the HB Studio, located in Greenwich Village.Hirsch started his acting career with theatrical roles. In the 1970s, he frequently appeared in television films. He also had guest star roles in television series, such as "Medical Story", "Visions", and "Rhoda" He achieved stardom with the leading role of Alex Reiger in "Taxi" (1978-1983). Alex was a rather jaded character, bitter following his divorce and the loss of custody over his only child. He resonated with audiences of this period. He won the Emmy Award for Lead Actor In a Comedy Series in both 1981 and 1983.Hirsch had the supporting role of psychiatrist Dr. Tyrone C. Berger in the family drama film "Ordinary People" (1980). In the film, he treats patient Conrad Jarrett (played by Timothy Hutton) who is suffering from post-traumatic stress disorder, survivor's guilt, and suicidal ideation following the accidental death of his brother. The film was critically acclaimed, and Hirsch was nominated for the Academy Award for Best Supporting Actor. The award was instead won by his co-star Timothy Hutton.Hirsch had the co-starring role of police lieutenant Al Menetti in the missing person investigation-themed film "Wihout a Trace" (1983). The film was inspired by the real-life disappearance of Etan Patz (1972-1979), which was later determined to be a murder case. The film earned about 9,6 million dollars at the domestic box office. It was the 81st highest-grossing film of 1983.Hirsch had a major role as vice principal Roger Rubell in the black comedy film "Teachers" (1984). The film deals with internal conflicts in a high school which is faced with a lawsuit by a recent graduate. The film was moderately successful at the box office, though it is mostly remembered for featuring the hit song "Understanding" by Bob Seger (1945-).Hirsch had the leading role of pater familias Arthur Pope in the drama film "Running on Empty" (1988). In the film, Pope and his wife are wanted by the FBI for their involvement in the bombing of a napalm laboratory during the 1970s. They are hiding under cover identities, while trying to raise their sons. The film was a box office flop, but received critical acclaim. It is mainly remembered for a well-received early role for River Phoenix (1970-1993) as Arthur's eldest son.Hirsch was cast in the leading role of teacher John Lacey in the American sitcom "Dear John" (1988-1992). It was an adaptation of the British sitcom "Dear John" (1986-1987). Both series deal with adult men trying to rebuilt their lives after their wives leave them for other men, and kick them out of their family home. The American series lasted for 4 seasons and a total of 90 episodes. For this role, Hirsch won the 1988 "Golden Globe Award for Best Actor - Television Series Musical or Comedy".Hirsch had the supporting role of Julius Levinson in the science fiction film "Independence Day " (1996). Julius was depicted as the aging father of the engineer David Levinson (played by Jeff Goldblum), one of the film's co-protagonists. The film earned about 817 million dollars the worldwide box office, the highest-grossing film in Hirsch's career. He returned to this role in the sequel "Independence Day: Resurgence" (2016),which was moderately successful.Hirsch co-starred in the sitcom "George & Leo" (1997-1998) with Bob Newhart (1929-). He played magician Leo Wagonman, who was trying to hide after successfully robbing a casino. The series only lasted a single season and a total of 22 episodes. It was canceled due to low ratings.Hirsch had the supporting role of a Princeton University professor in the biographical film "A Beautiful Mind" (2001). The film was based on the life of mathematic

Sharknado 2: The Second One