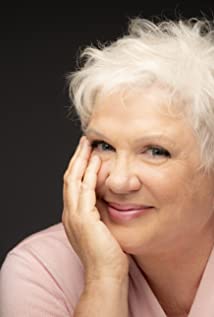 Benevolent, sweet-faced, actress and comedienne Julia (Anne) Sweeney, who was born on October 10, 1959 in Spokane, Washington, is normally identified with one single, highly unappetizing androgynous character. This sniveling, chunky-framed, springy-haired, plaid shirt-wearing, grotesque-looking character named Pat was the basis of many hilarious sketches that toyed with revealing his/her true gender.Julia, the oldest of five children born to an Irish-Catholic federal prosecutor, demonstrated an early talent for mimicry but downplayed any interest in performing for serious college studies. With a prep school education, she first came into contact with the show business arena following graduation. Behind the scenes she worked for five years as an accountant for Columbia Studios in Los Angeles.Finally developing the courage to realize her dream, she started taking classes on a whim at the famed Groundlings Theater. After fine-tuning her skills in improv, character development and sketch-writing, Julia was escalated to the big time appearing on such TV shows as "Brothers," "Hard Time on Planet Earth" and "Not Necessarily the News, she hit an early peak when she was selected to join Saturday Night Live (1975) in 1990 as a featured player.Though she became a regular cast member the following season and found an instant audience rapport with her creepy Pat character, the comic gifts were vastly underused, which seemed to be the case for many of its distaff team at the time. "Pat" would outshine practically everything else she did on the show, including her timid wallflower type named "Mea Culpa," whose character became the basis of a stage show co-written by Julia and actor/writer/husband Stephen Hibbert called "Mea's Big Apology" in 1992. During her SNL stay, she managed some outside work with small roles in the comedy Honey, I Blew Up the Kid (1992) the SNL related feature film Coneheads (1993) and the drama Pulp Fiction (1994).Highly discouraged, Julia parted ways with SNL in 1994 and worked up a feature film version of It's Pat: The Movie (1994) while her irons in the fire were hot. She co-wrote the script with Hibbert and co-starred with Dave Foley who played Pat's equally androgynous partner "Chris." The feature film did not generate great buzz, however, as it was basically a one-joke premise stretched to the limit.Life turned extremely dark for Julia at this point. Divorced from Hibbert, brother Michael developed lymphoma. She and her family vainly tried to nurse him back to health. Following his death, Julia herself was forced to fight a life-threatening illness -- cervical cancer. The whole process triggered an outpouring of writing which evolved into a hit one-woman stage show entitled, "God Said, Ha!" Applauded for its candor, wit and humorous handling of such painful subjects, the monologue debuted in San Francisco in 1995, and was playing Broadway by November of the following year.Eventually Julia contributed a few character cameos in such films as Stuart Saves His Family (1995) starring SNL alumni Al Franken; the Rodney Dangerfield slapstick vehicle Meet Wally Sparks (1997); and former SNL Chevy Chase's lampoon entry Vegas Vacation (1997). Preserving her applauded stage work on film, she wrote and directed God Said, 'Ha!' (1998), with Quentin Tarantino in the producer's chair. While embracing this second career-defining moment, Julia won an Audience Award at the New York Comedy Festival in 1998 for her efforts, and earned a Grammy nomination for the CD version.Following work on such popular TV sitcoms as "Hope and Gloria," "3rd Rock from the Sun," "George & Leo" (recurring) and "Suddenly Susan," Julia went on to complete a trilogy of personal sojourns on stage into the millennium. "In the Family Way" (2003) recounted her experience adopting a daughter as a single parent, and "Letting Go of God" (2004) traced her religious roots from devout Catholic to atheist.Other comedy film roles have included her Mom role as Beth Newton in Beethoven's 3rd (2000) and Beethoven's 4th (2001), Clockstoppers (2002) and a voice in the animated feature Monsters University (2013). On TV, she had another Mom role in the TV high school comedy series Maybe It's Me (2001) and appeared in guest parts in "According to Jim," "Frasier" and "Sex and the City," plus recurring roles on Shrill (2019) and Work in Progress (2019).

The Nature of Existence

Back at the Barnyard

The War at Home

Father of the Pride