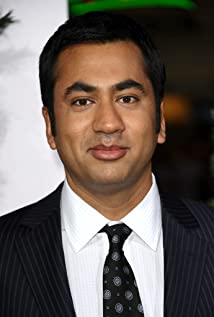 Kal Penn was born and raised in Montclair, New Jersey, to Asmita, a fragrance evaluator, and Suresh Modi, an engineer. His parents are Gujarati immigrants to America from India. He attended the Freehold Regional High School District's Performing Arts High School where he participated in the school's theater productions. In 1995, he moved to Los Angeles to study at the UCLA's prestigious School of Theatre, Film and Television. He majored in film and sociology. He began his acting career in several indie films. His breakthrough film role came in the comedy Harold & Kumar Go to White Castle (2004). Several Harold & Kumar films have followed. He went on to appear for 2 years in the television series House (2004). He developed an interest in politics from his grandparents who marched for India's independence. In 2009, he joined the Obama administration as an Associate Director.

The Problem with Apu

The Girl in the Photographs