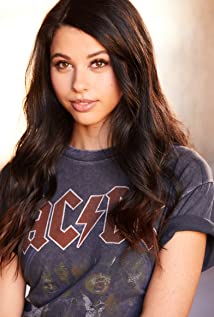 Singer-songwriter and actress, Kaleigh Krause, is best known for her role on the hit NBC television show, "The Good Place." She is a diverse actress, who got her start in commercials and music videos, and her budding career in the industry continues to grow.Kaleigh Krause was born on December 3, 1998 in Los Angeles, California, to Sharon Krause, who owns her own hair salon, and Gary Krause, who works in the Motion Picture Industry. She is an only child and her ethnic background is multifarious including French, Irish, Polish, German, Portuguese, British, and Native American.Kaleigh parallels her acting career with her busy music and college careers as well. Kaleigh continues to record and release music along with acting and school. Her most notable previous releases are a single "New Perspective", and a music video and single entitled "Fading." She currently (2018) attends college as an English major and does a variety of community service work. She challenges herself each and every day by balancing her budding careers in the entertainment industry with a successful academic career. In the past, Kaleigh was involved in softball, volleyball, and journalism. She also strives to better her acting and singing skills as her career evolves. Kaleigh has been coached by some of the best in the industry including Margie Haber, Zak Barnett, Robin Dale Meyers, Melva Graham, Ari Blinder, and Christinna Chauncey.Kaleigh is an alumna of the Johns Hopkins Center for Talented Youth (CTY) and the National Student Leadership Conference (NSLC) programs. These programs have invited her to many college campuses throughout her high school career, so she has had the honor of being a UCSC Banana Slug, a Haverford College Black Squirrel, and a Yale University Bull Dog.Krause has accomplished all of this at such a young age and continues to pursue her dreams. She continues to better herself and strive for greatness in her day to day life. Along with "The Good Place", she can also be seen on ABC's hit television show "Speechless."