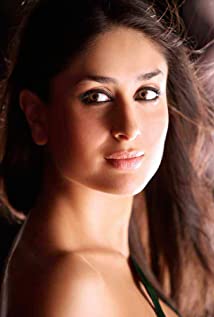 Kareena was born to Sindhi-speaking Babita (nee Shivdasani) and Punjabi-speaking Randhir Kapoor in Bombay, India. She has an elder sister, Karisma.She is born in a family that have been actors for generations, including her paternal great-grandfather, Prithviraj Kapoor; her grandfather, Raj Kapoor; her paternal uncles, Shammi, Shashi, Rishi, and Rajiv; as well as aunt, Neetu Singh, & Jennifer Kendall, the wives of Rishi and Shashi respectively. On her maternal side, her grandfather, Hari Shivdasani, and aunt, Sadhana, have been actors in their own rights.As a child she studied in Jamnabai Narsee School in Juhu, Bombay, and thereafter was enrolled in Dehra Dun's prestigious Welham Girls' Boarding School. Then she re-located to Harvard for approximately 3 months to take a course in information technology and microcomputers. Upon her return to India, she joined the Government Law College in Churchgate, Bombay, but left it after one year, to enroll in the Kishore Namit Kapoor Acting School.Her film debut was in the year 2000 with Refugee (2000) along with the debut of Amitabh Bachchan's son, Abhishek. She went on to appear in 31 other Hindi movies, and has thus far won four awards for her performances in Refugee (2000), Chameli (2003), Dev (2004), and Omkara (2006).She is one of the most sought-after actresses in Bollywood, considered bankable, with an enviable A-listing and as of June 2007 is to appear in 'Tashan', 'Lajjo', 'Kismat Talkies' amongst others.In 2012, she married actor Saif Ali Khan, son of actress Sharmila Tagore.