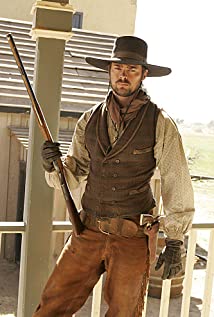 Originally from Wellington, New Zealand, Karl Urban now lives in Auckland. Born on June 7, 1972, he is the son of a leather-goods manufacturer (who had hoped that Karl would follow in his footsteps). His first acting role was when he was 8 -- he had a line on a television series. However, he did not act again until after high school. He was offered a role in the NZ soap opera Shortland Street (1992) as he was preparing to attend Victoria University. After appearing on the series for the 1993-1994 season, he attended the university for one year, then left to pursue his acting career. Over the next few years, he landed several theater roles in the Wellington area. Eventually, he moved to Auckland, where a number of guest roles in NZ television followed. One of his first roles was that of a heroin addict in the drama series Shark in the Park (1989). He was in a movie as well, entitled Once in Chunuck Bay (aka Chunuk Bair (1992)). Other television roles followed, including a guest-starring role in the series White Fang (1993). Karl's biggest roles include Éomer in the Lord of the Rings trilogy, as well as Dr. Leonard "Bones" McCoy in Star Trek (2009), William Cooper in RED (2010) and Judge Dredd in Dredd (2012).

The Chronicles of Riddick: Rule the Dark