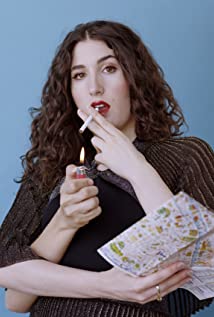 Kate Berlant is an actress, stand-up comedian, and writer who was recently profiled by The New York Times as a "magnetic improvisational comic" at the forefront of experimental comedy. Kate was named a New Face at the 2014 Montreal Comedy Festival and was one of Comedy Central's Top Ten Comics to Watch in 2013. She has performed in festivals such as SXSW, the New York Comedy Festival, Bridgetown Comedy Festival, Moontower, San Francisco Sketchfest, and the Eugene Mirman Comedy Festival. She was recently named by Splitsider as one of the Top 10 Up-And-Coming Comedians and was named by Time Out New York as one of the "Three Comics to Watch" in 2012. Kate was commissioned by The Museum of Contemporary Art, Los Angeles to create material for their online channel and was a featured performer on IFC's "Comedy Drop." She just wrapped a pilot for Comedy Central and for TruTV. Kate recently finished an international tour opening for musician Father John Misty and a national tour with musician Lo-Fang. She has been featured in Rookie Magazine, Rolling Stone, Esquire, and Los Angeles Magazine.

Would It Kill You to Laugh?

Kate Berlant: Cinnamon in the Wind

Once Upon a Time in Hollywood