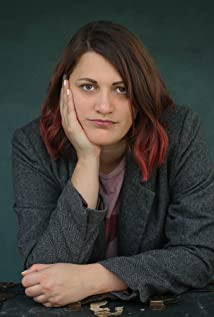 Kate Herron is a Writer-Director working in Comedy, Genre and Drama. She has been featured as a 'Screen International Star of Tomorrow', 'Broadcast Hot Shot', one of 'Forbes 30 under 30' and on the 'BBC Hot New Talent List' . She was described as "A huge comedy voice in the years to come" by Sky Comedy.In 2019 Kate was announced as the director for Marvel Studios, "Loki" starring Tom Hiddleston. Kate will direct every episode of the series and serve as an Executive Producer.In 2018, Kate directed the Netflix Original, "Sex Education" , created by Laurie Nunn and produced by Eleven Film. The show stars Asa Butterfield and Gillian Anderson, with a host of new UK talent including Emma Mackey and Ncuti Gatwa. Kate directed the second half of the series, Episodes 5-8, including the iconic "It's my vagina" episode. The first four episodes were directed by Ben Taylor (Catastrophe).Hollywood Reporter said of the directing on the show, "Directors Ben Taylor and then Kate Herron craft rhythms in which a lewd-and-breezy joke about a boner or pubic grooming can lull you into easy laughter just in time for something emotionally devastating or impossibly sweet.""Sex Education" launched on Netflix on January 11th 2019, to 190 countries. It has been described as, "A standout teen comedy" by Rolling Stone, "Snort out loud funny" by Financial Times and "Horny and Heartfelt" by Entertainment Weekly. It has an 88% fresh rating on Rotten Tomatoes and 81 on Meta Critic.Other than "Sex Education" , Kate directed every episode of "Five by Five" for Green Door Pictures/BBC Drama, starring & exec-produced by Idris Elba. The show was a Sunday Times Pick of the Week and is on BBC Player and Amazon Prime. Kate also directed two comedy shorts for Sky Comedy and is developing a number of projects as Writer-Director for TV.In film, Kate's shorts have played at number of festivals including London Film Festival, Palm Springs Shortsfest, Encounters and Flickerfest. Her work has been featured by Vimeo Staff Picks, Comedy Central and the Bfi. There was a retrospective of her shorts at the Bfiin 2016 as part of Underwire Film Festival. Her last short "Smear", a comedy-horror about pap smear-tests went online with the Big Issue for International Women's Day in 2018. It was described as, "Very funny" by Paul Feig (Bridesmaids).Along with Loki, Kate is also working on a number of projects as a Writer-Director, including television show "Miss Universe" about a beauty pageant under alien attack which is being produced by Dominic Buchanan (End of the F**king World).