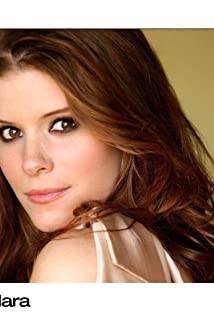 Kate Mara is an American actress. She starred in the Netflix political drama House of Cards (2013) as Zoe Barnes and appeared in the Fox TV series 24 (2001) as computer analyst Shari Rothenberg. She appeared in Brokeback Mountain (2005), We Are Marshall (2006), Shooter (2007), Transsiberian (2008), Stone of Destiny (2008), The Open Road (2009), Transcendence (2014), and Fantastic Four (2015) as the Invisible Woman. She also appeared in the FX horror mini-series "American Horror Story: Murder House" as Hayden McClaine. Mara's film debut was in Random Hearts (1999), with Harrison Ford in 1999, directed by Sydney Pollack. In 2015, she also had a supporting role as astronaut "Beth Johanssen" in director Ridley Scott's film The Martian (2015). In the same year, she also starred as Ashley Smith in the movie Captive (2015).Kate was born in Bedford, New York. She is one of four children of Kathleen McNulty (Rooney) and NFL football team New York Giants executive Timothy Christopher Mara. Her younger sister is actress Rooney Mara.Her grandfathers were Wellington Mara, co-owner of the Giants, and Timothy Rooney, owner of Yonkers Raceway, and her grand-uncle is Steelers Chairman Dan Rooney, the former US Ambassador to Ireland. She is the great-granddaughter of Art Rooney Sr., the founder of the Pittsburgh Steelers football franchise. She often sings the national anthem at Giants home games. Her father has Irish, German, and French-Canadian ancestry, and her mother is of Irish and Italian descent.Mara graduated from high school a year early. She was accepted at the prestigious NYU Tisch School of the Arts but deferred her admission for three consecutive years.

The Heyday of the Insensitive Bastards

Tall Tales from the Magical Garden of Antoon Krings

My Days of Mercy