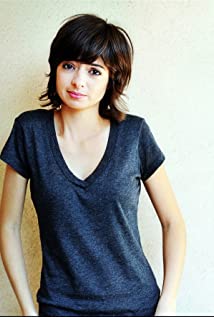 Kate Micucci was born in New Jersey and spent most of her school years in Pennsylvania. As a kid, she focused on playing outside in the woods and playing classical piano. In college, she majored in art, focusing on painting and making puppets. She received an A.A. in Fine Arts from Keystone College.After a small stint watering banana and pineapple plants in Hawaii, Kate decided to go to Loyola Marymount University in Los Angeles where she made more puppets and received a B.A. in Studio Art. Since 2008 Kate has resided in Los Angeles, where she has a steady gig building sandcastles. She also works as an actor and can be found around town playing the ukulele.Kate is the co-creator and co-star of the group 'Garfunkel and Oates,' which she created with Riki Lindhome. The girls were named one of Variety's comics to watch in 2010, and their two-woman show regularly sold out at Largo, UCB, Meltdown, and Super Serious Show. The IFC series Garfunkel and Oates, which the girls also co-created, wrote and starred in, was IFC's third highest series premiere in the network's history. In addition to comedy, Kate and Riki have written songs for Universal's Search Party, Paramount's SpongeBob SquarePants animated feature, and The Big Bang Theory, which was performed by Simon Helberg. Kate has also appeared in the film When in Rome, and has a recurring role on the television show Raising Hope. Kate most recently wrapped filming the lead role in Unleashed, directed by Finn Taylor, Mike Birbiglia's Don't Think Twice, which premiered at SXSW, Easy, the Joe Swanberg anthology for Netflix, and Jeff Baena's new film, The Little Hours, which premiered at Sundance.

Scooby-Doo! and the Curse of the 13th Ghost